HENRY is tall, dark and handsome, doesn’t answer back and is always up for sex.

Only thing is he isn’t real, he’s a male sex doll. 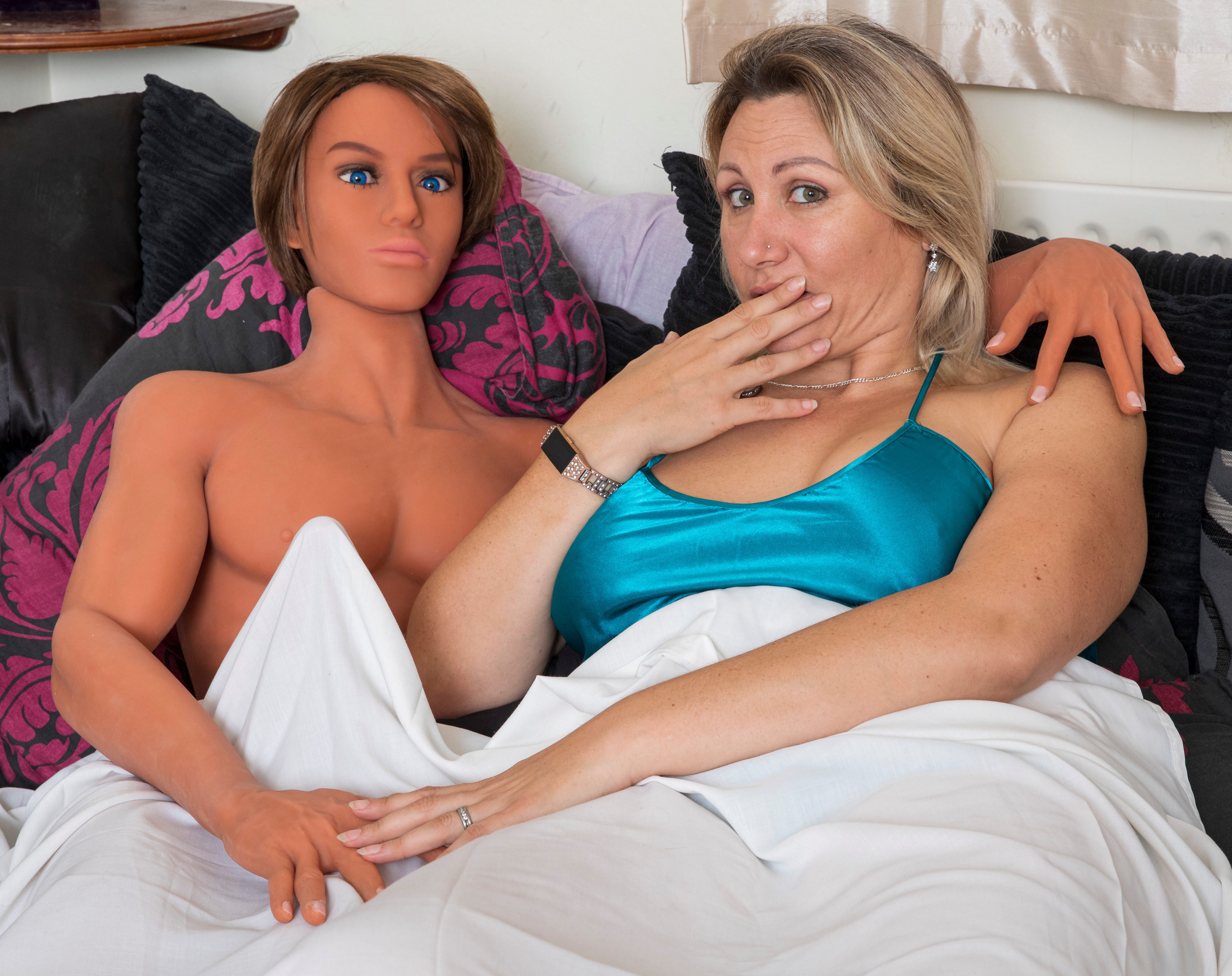 Increasing numbers of British men - and women - are secretly seeking companionship with sex dolls and robots, and recently more than one in ten Brits confessed they would romp with a robot.

By 2020 the sex toy industry will be worth an estimated £38 billion, with sex dolls one of its fastest developing products, costing up to £15,000 a pop.

But is sex with one of these boy toys plastic fantastic – or a bit of a flop?

Mum-of-two Charlotte Rose, 38, who lives in London, bravely put Henry through his paces for Fabulous Digital. 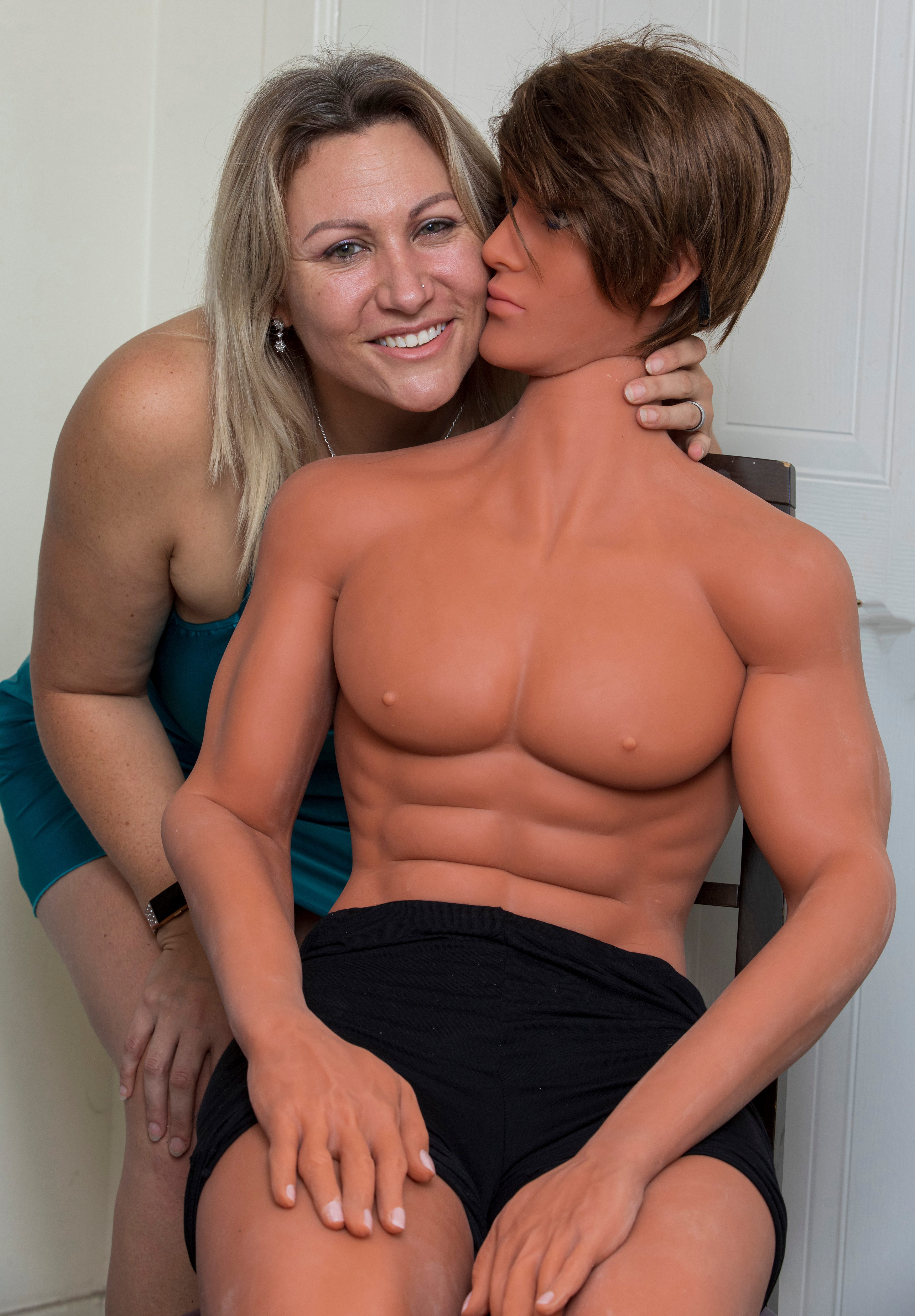 I’m a firm believer in women owning their sexuality and experimenting with new ways to reach the Big O, so surely male sex dolls are just the next step in our search for ecstasy?

As the courier handed over the enormous box, I gave him a cheeky wink. It had ‘sex doll’ boldly written on the front, so it wasn’t exactly a secret what was inside.

I ripped open the cardboard and was stunned to see that the doll, which costs approximately £1,200, doesn’t come fully formed but with the torso, penis and head all separate.

I must admit I felt a bit like a twisted crime scene investigator piecing together a dead body.

The silicone head was a nightmare and kept springing out of place. I kept thinking of that Exorcist scene where the girl’s head spins round then vomits everywhere. Not a turn-on.

It took about 15 minutes to put the doll – which I’d nicknamed Henry – together, then I tried to stand him up.

It's a really mixed picture of pros and - mainly - cons with the present state of sex dolls. As Charlotte discovered they're cumbersome, they don't feel 'real', and are without any 'personal chemistry'.

She received a generic, boyband-looking doll, that didn't float her boat. Even if that boyband look had done it for her, the struggle to assemble 'Henry', its fake feel, being heavy to lift, and difficult to negotiate sex positions with, are definitely not turn-ons.

And that's a key problem as the dolls on the market that are even somewhat realistic - and that give customers a choice of facial designs and hair style - are far beyond the budgets of most of us.

That said, on my radio shows, I've spoken to men who've been happy with their dolls. They get full sexual satisfaction and aren't put off by things like the weight of the dolls and the cleaning up afterwards. They come with special detachable 'receptacles' for easy cleaning, an image many won't want in their minds.

This is fine as long as men, who are lonely, don't use sex dolls as a substitute for meeting women. It's all too easy to slip into a fantasyland-for-one and become socially reclusive instead of getting out to meet someone.

Sex dolls should be treated like an expensive sex toy, for occasional fun that doesn't take over the way you relate to people.

I don't think a 'Henry' is going to be up to much for a couple to share!

By all means if you have cash to burn invest in one. But don't fool yourself that a doll - male or female - can replace the real thing.

'Dead Body' Found By Highway Turns Out To Be 'Sex Doll'

SEX YELLS Thousands of sex robots that can learn and talk to go on sale for £12,000

Eerily realistic sex doll can smile, moan — and even hold a conversation

How does a 100 cm sex doll react to human touch?

How to take care of sex dolls without using pennies

What if my Sex Doll Breaks

How does a realistic sex doll affect male psychology?

Sex Doll Sales Surge In Quarantine, But It’s Not Just About Loneliness

How is the sex doll’s wig feel?

Should You Finance Your Sex Doll?

The Virus, Sex Dolls, and Drinking on the Job

How to keep young & beautiful your favorite sex dolls?

A sex doll that can talk - but is it perfect Harmony?

HOW IS SEX DOLL CLEAN?

Sex dolls in China treated as members of the family

What is the maximum weight that a real doll can bear?

Don’t storage by– Standing or Sitting

Sex Doll Shipping Times: How long does it take to arrive?