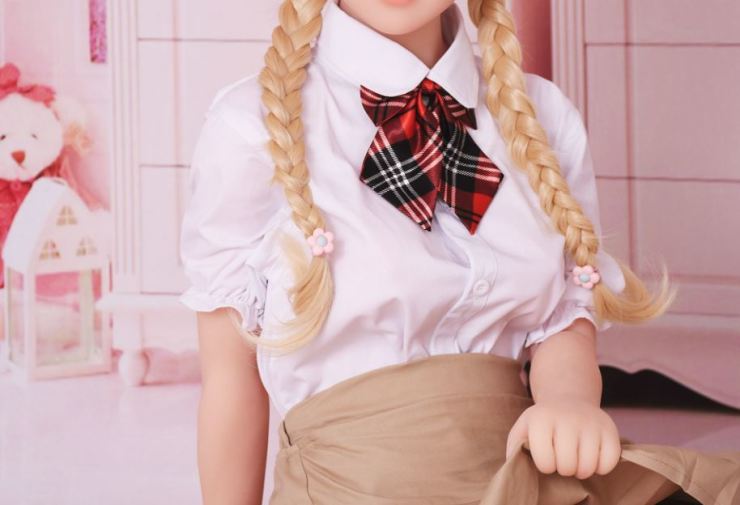 By Jung Min-ho A group of lawmakers has proposed a bill to ban the import and sale of child sex dolls. Eleven members of the National Assembly, led by Rep. Jeong In-hwa of the minor opposition Party for Democracy and Peace, proposed a bill last week to ban the import and sale of child sex dolls. The bill also aims to prohibit the transport and possession of such items. The move came a week after more than 200,000 people signed a petition against the import of life-size sex dolls, following the Supreme Court's controversial ruling in late June to uphold a lower court's decision to allow such dolls into Korea. "Although the court's decision for the people's rights to self-determination in sexual matters should be respected, there should also be protection for children," Jeong said in a statement. "Children should not be sexually objectified." The bill defines child sex dolls as "toys, dolls or other items made for sexual pleasure, which can clearly be perceived as a child." If the assembly passes the bill, manufacturers, importers and exporters of such items could face up to three years in prison; sellers, distributors and advertisers could face a maximum sentence of five years; people who possess them could face a fine of up to 10 million won ($8,300). How the law should deal with child sex dolls has become a worldwide issue. Last year, the U.S. House of Representatives passed a bill, known as the CREEPER Act, which would ban the import or transport of "child sex dolls," which the bill defined as "an anatomically-correct doll, mannequin, or robot, with the features of, or with features that resemble those of, a minor, intended for use in sexual acts." The bill was sent to the Senate Judiciary Committee, but it has not advanced from there. In the U.K., it is reportedly illegal to import a child sex doll, but it is not illegal to own one. Under Canada's Criminal Code, the definition of child pornography covers any materials that depict or describe, for sexual purposes, a person under 18 years old.

How to clean sex dolls?

HOW TO CHOOSE SEX DOLL?

A Bodybuilder Is Marrying His Sex Doll Girlfriend, Margo

Is the lips suitable for blow job?

Piped noise, robots and sex dolls: what happens in stadiums without fans

Men ordering sex dolls 'that look like their mate's girlfriends'

People want sex dolls like in HBO’s Westworld, but the technology is not there yet, manufacturer claims

Sex Doll Sales Have Been On The Rise Throughout Quarantine

Do I have to use a condom with my sex doll?

Hyper-Realistic Sex Dolls Are the New Rise in Trends

Sex Robots May Be Here Sooner Than You Think

SEX YELLS Thousands of sex robots that can learn and talk to go on sale for £12,000

ODDS AND ENDS: Unloyal sex robots and other offbeat offerings